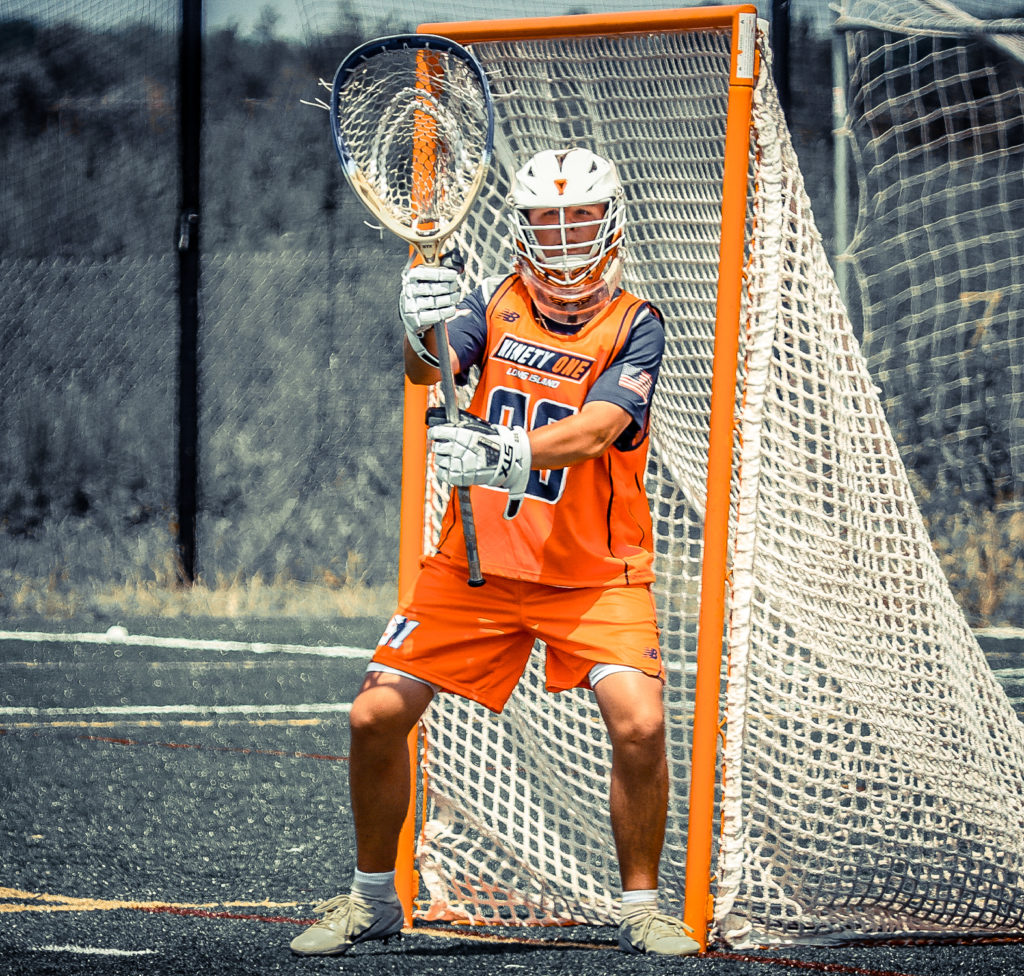 Recruiting for goalies is never easy, but that’s especially true when it’s getting later in the process and you’re still on the board.

Team 91 Blaze goalie Mason Oak admitted that the situation weighed on his mind for a bit, especially since his junior season, one in which he would have been Comsewogue‘s starter, was wiped out because of Covid-19. It left Oak wondering what would happen to him.

“It’s definitely harder being a goalie since most schools only take one per class,” Oak said. “Especially with quarantine, no one’s really recruiting that much. I was getting a little nervous about where I was going to go and if I was going to play if I got into a school.”

Despite all of that, Oak doubled down on himself and made sure he was ready for anything that came his way. Shortly thereafter, his patience was rewarded when Quinnipiac reached out to him. The Bobcats, who recruit later than most, were still in the market for a quality ‘keeper, and when Oak checked the school out, he realized that it was the place for him to be. He became the second Team 91 product to commit to Quinnipiac and he’ll join ’20 Kyle Connor (Sachem East) on campus. He’s the 20th Team 91 ’21 to commit and the 15th to do so from the Blaze.

“I went for a visit and I just loved the place. It felt like home to me,” Oak said. “It’s not too far away, which is perfect. I’m five minutes away from the ferry and it’s about a 30-minute ferry ride, which is great. I looked at a couple of other schools, but I just felt like Quinnipiac was different. The size of school is perfect and the academics are good. I’m going in undecided and I have a bunch of majors that I’m interested in.”

Becoming a Division I goalie is a far cry from Oak’s start to his lacrosse career, where he was busy scoring goals instead of stopping them. Originally an attackman who could fill up the back of the net with ease, he volunteered to play goalie once in kindergarten, stuck to it and never deviated from his path of following his goal of playing at the highest level.

“I went in there, made a couple of saves and just stuck with it,” Oak reminisced. “I’d play half the games in goal and then go to attack, and a year before middle school, I just stuck with goalie. I think I realized that I could play Division I around this time last year when all of my teammates started to commit. I just figured I could do it, too. Joining 91 was a great experience, too, because I got to play with all of those top players. I got a lot better from practicing with them every week, and they’re just a different level of player.”

Oak has been a mainstay in the cage for the Blaze, one that has been a part of the team’s rise to one of the very best in the country. He makes up for a lack of prototypical size with a knack for making incredible, highlight-reel saves, and his great hand speed allows him to track down shots and immediately kick up the transition game.

“Mason’s been an absolute pleasure to coach for all of these years,” Team 91 founder and Blaze coach Brian Spallina said. “He’s been a vital part of our team’s success and has worked incredibly hard to get to where he is today. He stayed the course throughout his recruitment, he was patient and he knew what he was looking for, and it all worked out for him with a great school in Quinnipiac. I’m incredibly fired up for his commitment and I know he’s going to do great things for (Quinnipiac head coach) Mason Poli and the Bobcats.”

Now that his commitment’s in the bag, Oak knows that patience pays off in the long run.

“You definitely have to be patient, trust the process and wait it out,” Oak said. “There’s a school for everyone.”

Quinnipiac is the one for him.