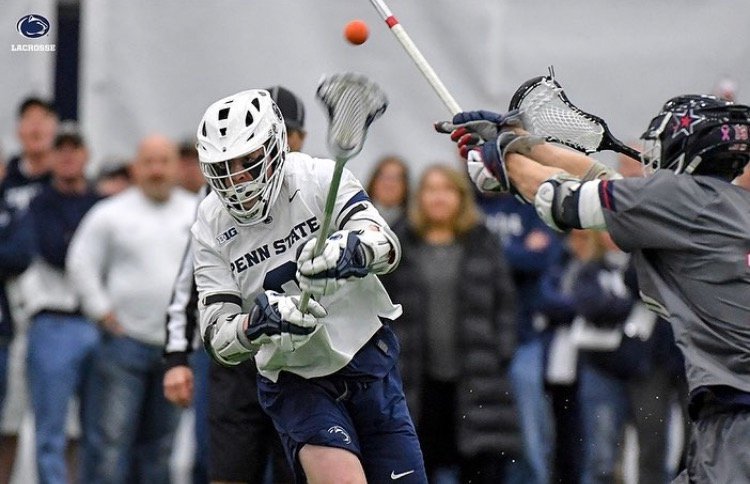 This is a weekly recap of how Team 91 alums are faring in the collegiate ranks. Did we miss someone? Click here to send updates to make sure you get featured.

Backed by a ridiculous five-goal, one-assist day from Mac O’Keefe, the Nittany Lions blasted in-state foe Robert Morris, 27-10, to move to 2-0 on the young season.

The 27 goals were a school record for most tallies in a single game for PSU, and the big performance gave O’Keefe, who also had a ground ball, a whopping seven goals and three assists in the first two games.

Michigan 10, Cleveland State 8: Kevin Mack scored twice, added an assist and snared a ground ball as the Wolverines fended off the Vikings in their season opener. Connor Cronin won eight faceoffs and scooped up a ground ball for UM.

Hofstra 4, Lehigh 3: Down 3-1 in the fourth quarter, the Pride mounted a furious comeback, one that included Ryan Tierney‘s game-tying goal with 11:43 to play. The preseason All-CAA pick also picked up a pair of ground balls, while Riley Forte chipped in a four-ground ball performance. Bobby Casey stuffed 14 shots to secure the win.

Georgetown 13, Sacred Heart 10: Joe LiCalzi was a force for the Hoyas’ defense, corralling three ground balls and causing a turnover as Georgetown edged the Pioneers.

Loyola 17, Virginia 9: The Greyhounds rolled in the battle of preseason top teams, but the Cavaliers did get a goal, two ground balls and a caused turnover from Ian Laviano.

Duke 15, Jacksonville 8: Jordan Ginder secured the first of what will surely be many collegiate faceoff wins, securing a ground ball in the process, as the Blue Devils rolled.