It’s been a whirlwind couple of days in the best possible way for Ian Laviano.

It looked like Laviano and Virginia‘s season was coming to an end late in last Saturday’s national semifinal against Duke, only to have the Cavaliers score twice in 31 seconds in the final minute of regulation to send the game to overtime. Laviano tied the game by taking a feed from teammate Matt Moore and wiring home a low-to-high crank right under the crossbar.

to tie the game for @UVAMensLax! 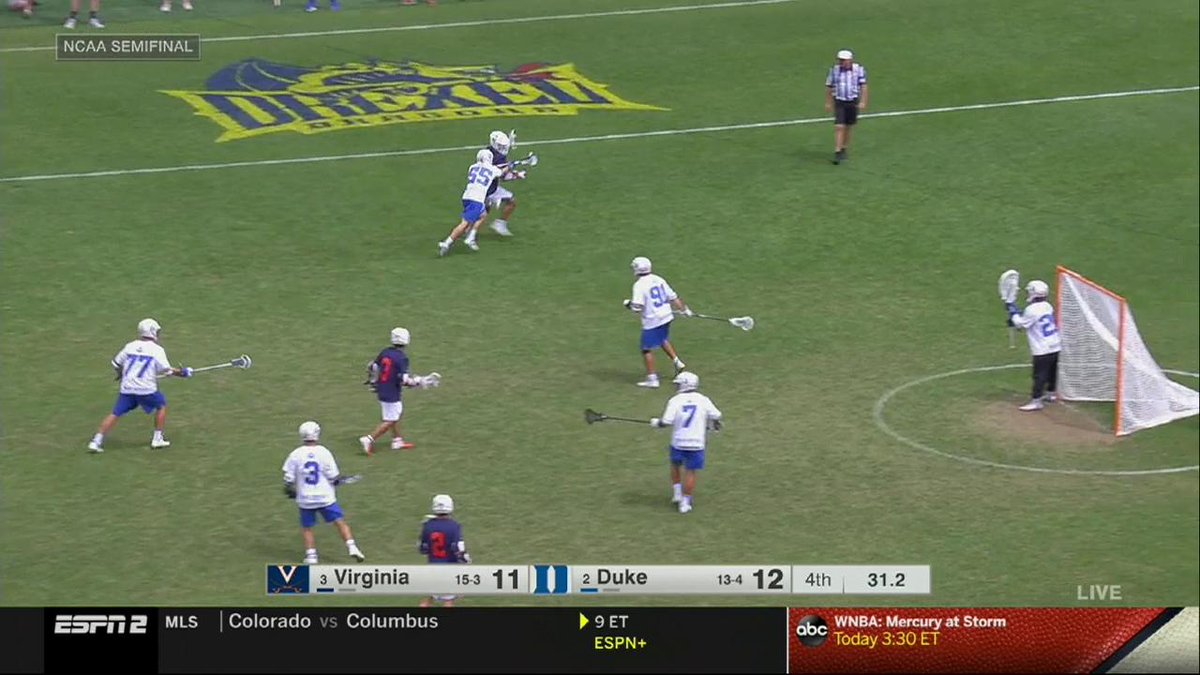 See The Lacrosse Cave’s other Tweets

He wasn’t done there, though. The Team 91 2016 alumnus by way of Cold Spring Harbor slipped into a little pocket of space and quickly snapped a Moore pass home in double overtime to send Virginia to Monday’s national title game.

From there, the ‘Hoos soundly defeated Yale, 13-9, to secure the program’s sixth national title and first since 2011. So, yeah, pretty good couple of days for Laviano.

“It really hasn’t set in yet, and it’s just amazing being around the guys right now,” Laviano said. “All of our talk about sacrificing in the fall and in the spring finally paying off is incredible, and I’m just speechless. There was a ton of screaming in both games, so I have no voice left, but this is a moment I’ve dreamed of my whole life. The goals are something that Matt and I have done over and over again, and the chemistry we have is second to none. All the credit goes to him and seeing it develop and finding me with the pass. All of the work that we’ve put in paying off in a moment like this is super special.”

Laviano, who tossed in a goal against the Bulldogs, finished his sophomore campaign with a team-best 51 goals to go along with 11 assists for 62 points. Playing the role of finisher on an incredibly-loaded offense, one that returns its top four point producers in Moore, Michael Kraus, Laviano and Dox Aitken, is one that took some adjusting to for Laviano, but one that he wouldn’t trade for anything.

“Coming out of high school, I was more of a dodging attackman, and then developing into an off-ball player has been cool and I’m super stoked about it,” Laviano said. “It lets me be creative with the defense and the coaches give me freedom to do what I do best. I really love playing off-ball because that’s where the creativity comes out.”

THAT’S how you finish off a national championship @UVAMensLax. 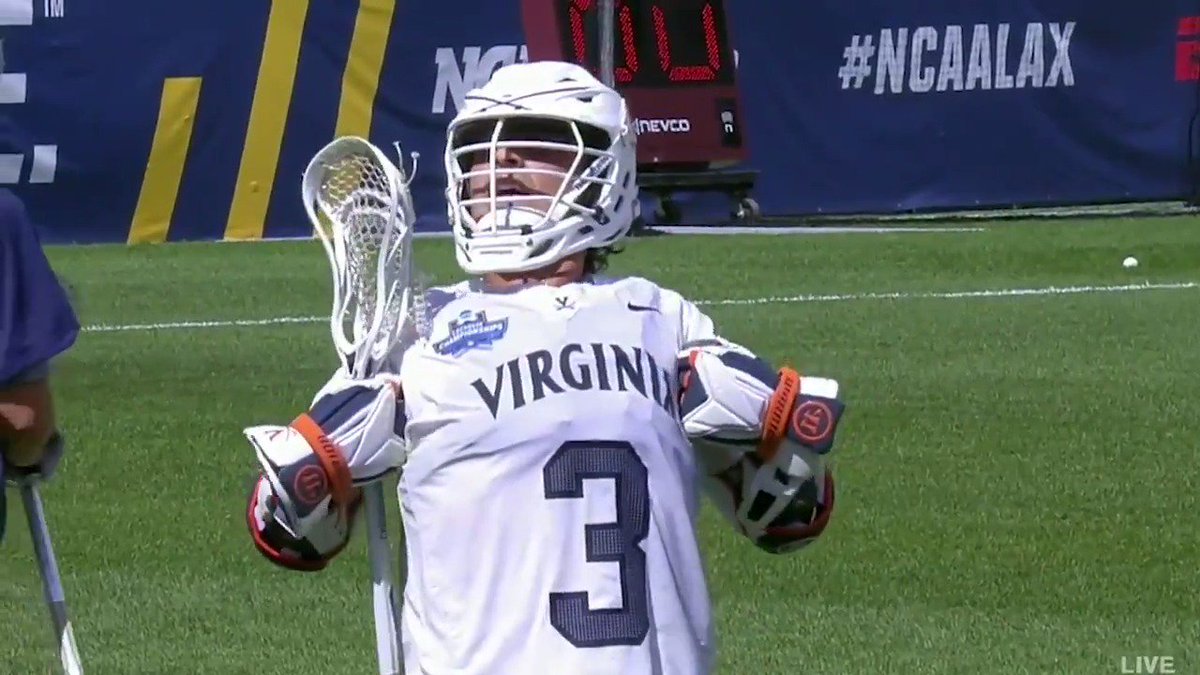 In the national title game, Virginia jumped out to a 6-2 halftime lead and never looked back. The ‘Hoos went right after the defending national champions, relentlessly pushing the tempo and forcing Yale into mistakes. Virginia stared down the team considered to possibly be the most physical team in the country and pushed right back, causing Yale to turn the ball over 20 times and only successfully clear 15 of its 23 attempts.

“I watched the game back and just felt that we dominated all standards,” Laviano said. “We dominated every aspect of it, from physicality, toughness, grit, the ground ball battle. I felt like we were giving it our all, and (UVA goalie Alex) Rode stepping up was a big confidence booster. We knew that they were going to get their possessions, so we had to make the most of ours and work for the best shot. It’s not about settling for the first shot, and we had to work the clock and own possession time, and our defense was amazing. It was so cool and so smooth to watch. Playing with this team is so much fun, and when you’re having fun, you’re playing your best lacrosse.”

An underrated part of the game, too, was Virginia’s dogged ride, led by Laviano. There are plenty of attackmen out there who want to put up points, but are significantly less inclined to ride it back when they don’t have the ball. Not Laviano and not the Cavaliers. Clearing against them is an adventure each and every time, and the inclination to get the ball back has always been ingrained in Laviano’s DNA.

“It’s always been a thing for me,” Laviano said. “I watched how Mikey Powell and Casey Powell rode, and it really inspired me. In my opinion, getting a turnover on the ride just might be better than scoring a goal, and it’s great playing with two attackmen that are the same way. Coach (Lars) Tiffany, the genius that he is, puts a great riding gameplan together and the whole team gets into it. When you have nothing left and you hear your teammates screaming for you, there’s nothing better than that.”

Maybe it’s early to look forward to the 2020 Final Four, but Virginia does bring back a ton of firepower and a strong recruiting class, so could it back-to-back in Charlottesville?

Good standard to have.