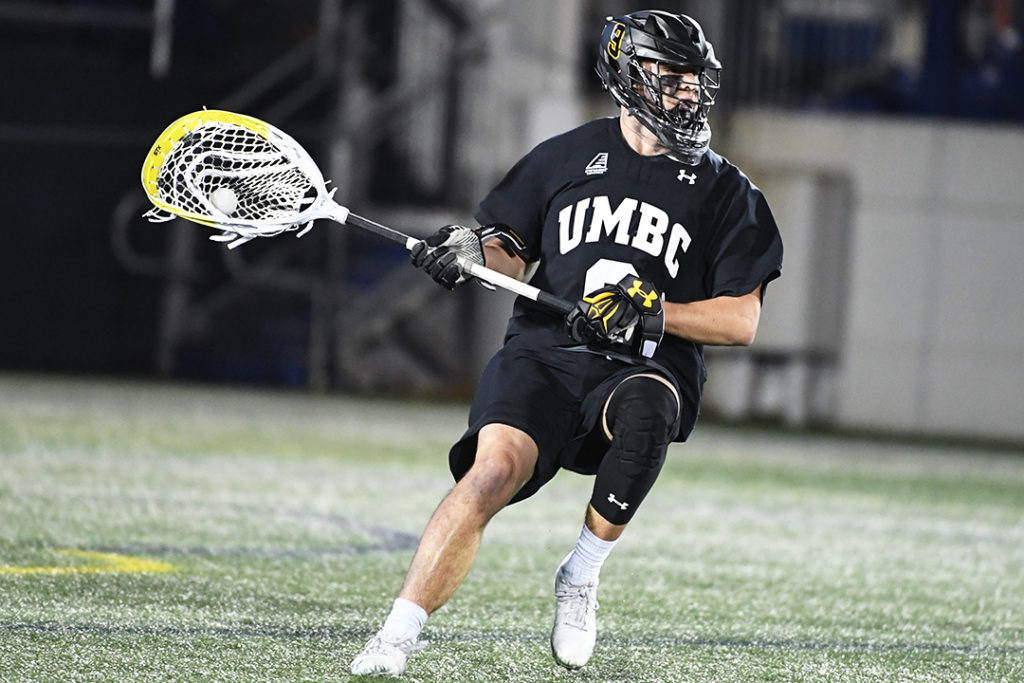 Turns out that Tommy Lingner is still one of the best goalies in the country.

The Team 91 2017 alumnus by way of St. Anthony’s was flat-out incredible yet again for UMBC. This time, he stopped a career-high 18 shots to help secure the America East regular-season title for the Retrievers.

The 18 saves marked the third straight game with at least a dozen saves for Lingner. As a result, he earned America East Defensive Player of the Week honors. UMBC will take on Albany in this week’s America East tournament.

Backs against the wall, down by 4 in the 2nd half @HofstraMLAX mounted a much-needed comeback last night.

Credit to Ryan Tierney & Co….scored 9 of the last 10 to give themselves a shot at making the CAA Tournament.

’16 Bobby Casey (Wantagh) was tremendous in the Pride cage, denying 17 rips sent his way and adding a ground ball. ’19 Orange Sam Lutfi (Massapequa) added a goal, an assist and two ground balls for Hofstra, which also got two caused turnovers from ’16 Logan Danenza (St. Anthony’s), a goal and a ground ball from ’16 Riley Forte (Half Hollow Hills West).

’17 Taylor Strough (Cold Spring Harbor) paired a goal with an assist for the Stags. He also picked up a trio of ground balls.

’20 Crush LSM Chris Bardak (St. Anthony’s) was a force for the Falcons as he scored once, added an assist, a caused turnover and a ground ball as Air Force dealt the Spiders their first SOCON loss and secured a playoff spot for itself. ’16 defenseman Vince Lombardi (Bayport-Blue Point) added an assist and two ground balls.

’16 Lucas Cotler (Syosset) had a goal, an assist and two ground balls to help the Pios clinch the No. 1 seed in the Big East tournament.

Mac O’Keefe has a long-standing beef with top right 😤😤😤

’20 Crush Brett Martin (Half Hollow Hills West) scooped up a ground ball and helped the Blue Jays’ defense keep the Nittany Lions’ offense at bay as Hopkins cruised in the Big Ten quarterfinal.

’17 Joe LiCalzi (South Side) gobbled up three ground balls for the Hoyas.

’17 Tom Martello (Chaminade) handed out a pair of assists and added a ground ball for the Johnnies.

’20 Crush Trevor Marsala (Mount Sinai) capped his freshman campaign with a caused turnover for the Saints.

’19 White Billy Gordon (St. Anthony’s) netted his third goal of the game to give Dominican a lead it never relinquished en route to a one-goal win. Gordon finished with three goals, an assist, four ground balls and two caused turnovers for the Chargers.

’18 Extreme Jake Wandle (Rocky Point) had a goal to lead the Rams to their third straight win.

’19 White Connor Buschle (St. John The Baptist) tallied once, caused a turnover and picked up a ground ball as Maritime rolled.

’17 Sean Baudo (St. Anthony’s) had a pair of ground balls as the Cardinals finished their regular season unbeaten and locked up the top seed in the Landmark Conference playoffs.

’17 Jake Sexton (Chaminade) snapped home a hat trick and dished out a pair of assists in Wesleyan’s win. ’19 White Will Puccio (Garden City) added a goal in both games for Trinity.